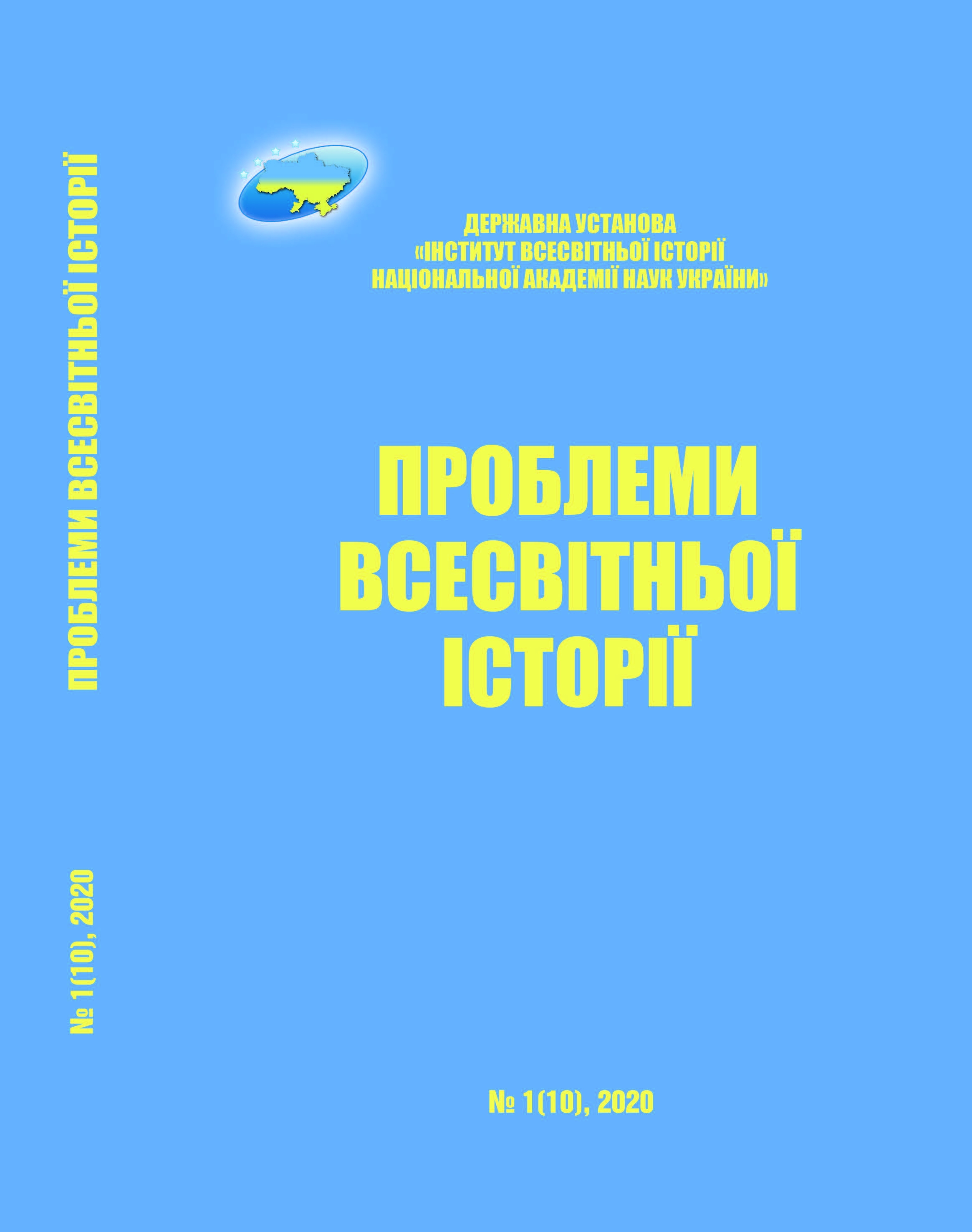 The article analyzes the three stages of the migration of the German ethnic group into the territory of modern Ukraine, different in nature, character and orientation, and their features are clarified. The author reveals the geography of the first migratory flows of the Goths in the second half of the II century, which went from the Wisla delta to Scythia, and were divided into the western (settled on the right bank of the Dnieper) and eastern. The latter, having settled down near the Sea of Azov, founded the state of Germanarich, and in the IV century, under the pressure of the Huns, the center of life of Goths moved to the Kerch Peninsula, the mountainous region of Crimea, where their state association Gothia existed until the XVIII century.

It turns out that in the early Middle Ages there was a second wave of German settlements on modern Ukrainian lands from the West European direction. The expansion of the settlements of Germans and immigrants from other European countries on the lands of Kievan Rus was facilitated by political relations, which were also realized with the help of dynastic marriage unions. The princes of Kiev, pursuing a foreign policy worthy of a great power, have equal relations with the main European states of the medieval world - the Holy Roman Empire (Germany) and Byzantium, they invite priests, German craftsmen and merchants. Starting from the XI century, small German trade colonies appeared in Kiev, Vladimir-Volynsky, Lutsk and other cities. During the Lithuanian-Polish period, the influx of German settlers to Ukrainian lands is increasing. This was facilitated by various benefits and provision of points to the German immigrants by Lithuanian princes and Polish kings. In the fourteenth and fifteenth centuries, Magdeburg law was acquired by large trading cities.

The third period, the most significant resettlement and colonization, that is, large-scale development of the South of Ukraine - the Sea of Azov, the Black Sea region and the lands of Crimea - begins in the second half - the end of the 18th century. The author emphasizes that this most powerful period and the great positive history of the development of our region is largely connected with immigrants of German origin (and representatives of other ethnic groups). This period becomes a powerful colonization and economic development of the entire South of Ukraine, the rich land of the Azov, Black Sea, Crimea. It is noted that then, on the initiative and real support of the government of tsarist Russia, the development of wide steppe spaces took place, which, together with Ukrainian lands, had recently been transferred to the Russian Empire. Since then, the history of immigrants has become part of the history of the Ukrainian people.

The dynamics of the development of German colonies in different provinces of the South of Russia is analyzed separately, the social aspects of the life of settlements, the grave consequences for the colonists associated with the First World War, and revolutionary events in the Russian Empire are indicated. The gains and losses in the national development, in the arrangement, in the administrative division of the German and other settlers, which were the consequences of radical fluctuations in the national policy of the Soviet government in the pre-war period, are revealed.